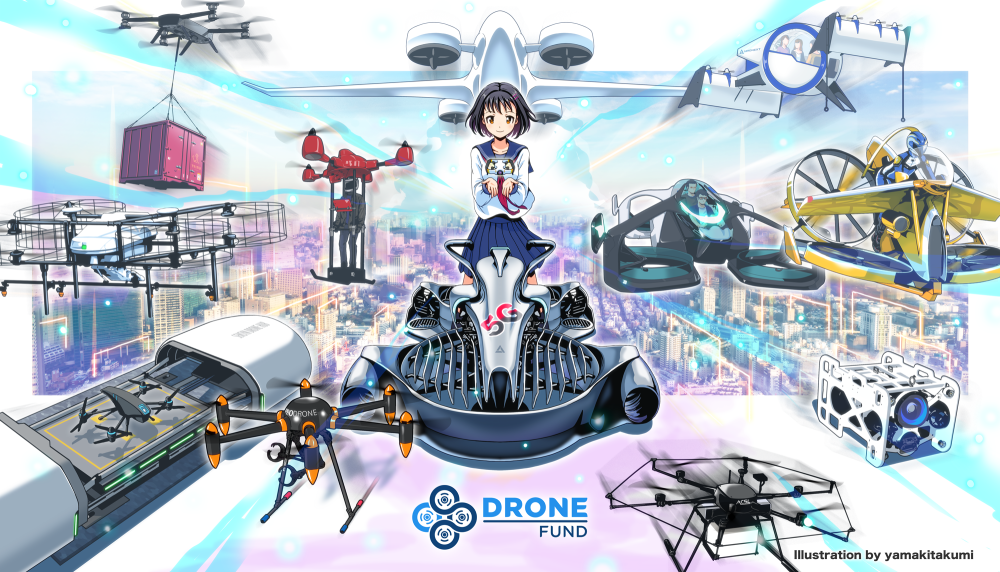 On March 10th, the Aviation Rulemaking Committee (ARC) published its final report on UAS-BVLOS Beyond Visual Line-of-Sight), providing the clearest picture of what the final framework for drone and UAS rules and regulations will look like in the future.
The extensive report is designed to serve as a comprehensive set of recommendations for the establishment and implementation of rules, procedures, and regulations for UAS—specifically BVLOS—operations.
The ARC report begins by detailing their methodology, guiding principles, overall design and objectives. From there, the report covers risk management; qualification standards for aircraft and operators; environmental, privacy, and security considerations; and the needs of the industry as a whole. Owing to the enormous scope of the report, it also covers the benefits of UAS technology, the impressive technological advancements in recent years, and the meteoric rise of funding for drones and UAS technology.
ARC also carefully lays out their intent, rationale, and approach behind every recommendation, providing policy makers, operators, and the general public with the information they need to understand the committee’s logic and reasoning.
While the full report is over 350 pages, we have outlined some of what we believe the most important points are:

The ARC report states clearly “the need to develop safe, pragmatic, and standardized approaches for BVLOS is critical to support the benefits and future of UAS operations and technology.” To that end, ARC determined safety and societal benefits to be two of the most critical guiding principles and established two subgroups to focus exclusively on these areas.
The safety subgroup’s primary objectives were to assess the public’s accepted risk-to-reward ratio, how best that ratio be measured, and establish an acceptable level of risk (ALR) that could apply to ARC’s recommendations.
The ARC report is quick to mention that this is an even more difficult task than it first appears; primarily due to the fact that traditional approaches to safety assessment (i.e., General Aviation with people onboard) do not apply and are not appropriate for UAS safety assessment.  After extensive research and investigation, the safety subgroup distilled their results down to six key findings and principles:

The societal benefit subgroup focused on the development of categories that “could be used to accurately and efficiently describe the various types of societal benefits that may be achieved through UAS BVLOS operations.” They also developed six key categories:

While the other categories may be self-explanatory, equity is a category that has not traditionally gained as much coverage. The ARC report details equity benefits as:
“…operations that provide benefits or opportunities for traditionally disadvantaged communities. UAS BVLOS operations can be a potential “equalizer” of access to opportunities for previously disadvantaged areas, regions, and communities – including but not limited to the disability community.”
ARC details here a significant advantage of UAS technology and one that isn’t talked about enough. UASs (and adjacent technologies) are force multipliers, and the availability of low-cost, high-performance machines and technology will open up operations and abilities that were previously out-of-reach for many groups.

The ARC report includes a number of operational recommendations for the UAS industry. ARC makes it clear that these are intended to make the UA industry “a more safety conscious and diverse participant.” ARC also includes recommendations for general aviation (GA) and crewed aircraft operators, but is quick to note that any recommendations “will not require significant changes in [general aviation] operational procedures.” This is primarily due to the fact that the vast majority of UAS operations take place in airspace where very few GA operations occur.

A number of ARC’s recommendations are made in an effort to transition away from ‘see and avoid’ to ‘detect and avoid,’ and from ‘well clear’ to ‘adequate separation.’
‘See and avoid’ and ‘well clear’ are currently referenced by the FAA in Regulation 14 CFR Part 91.113 (b):
“When weather conditions permit, regardless of whether an operation is conducted under instrument flight rules or visual flight rules, vigilance shall be maintained by each person operating an aircraft so as to see and avoid other aircraft. When a rule of this section gives another aircraft the right-of-way, the pilot shall give way to that aircraft and may not pass over, under, or ahead of it unless well clear.”
ARC has two reasons to incentivize the use of ‘detect and avoid’ over ‘see and avoid.’ The first is the restriction ‘see and avoid’ places on UAS operations. UASs—without any pilot onboard to see—must meet the ‘see and avoid’ requirement through other means  (e.g., visual observers on the ground who are in constant radio contact with the remote pilot or individual remote pilots in command (RPICS)). These workarounds to the see and avoid requirement used by UAS operators are prohibitively restrictive and—as pointed out by the ARC report—fail to take full advantage of the (in most cases) superior sensing technology that UASs utilize. 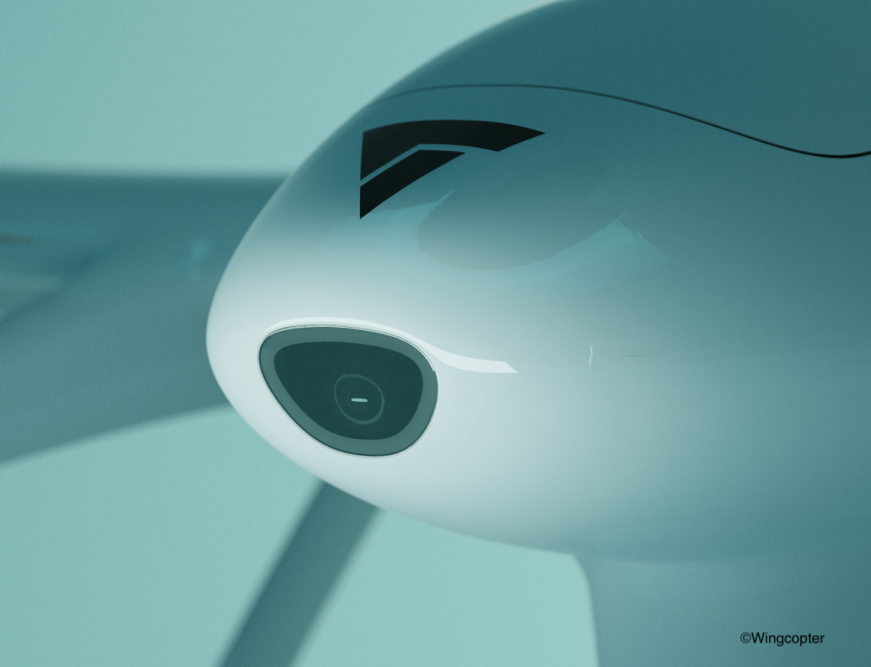 The Wingcopter 198 assures the highest safety standards with ADS-B in, FLARM, Remote ID, and an optical detect-and-avoid system.

The second—and more significant reason—is safety. ARC combed through years of data and numerous studies that show that in high operational class E airspace “’see and avoid’ is not the main mitigating factor in collision avoidance,” and for lower operational density airspace “the pilot’s ability to [see other aircraft] is compromised by the necessary focus on avoiding terrain and other obstacles.”
ARC sums up the issue with see and avoid as such, “consequently, it is when see and avoid is most needed that a pilot is least able to accomplish it effectively, further reducing its mitigation value.”
‘Well clear’ is another term which causes some issues when implemented within the UAS framework. ARC notes that “For the airspace below 500’[ft. agl], the existing well clear definitions are not safe or feasible.” Therefore, ARC recommends changing the language here as well to better reflect the capabilities of UAS technology and better align with ‘performance based’ approaches.
ARC ultimately recommends the language of Regulation 14 CFR Part 91.113 (b) be amended as follows:
When weather conditions permit, regardless of whether an operation is conducted under
instrument flight rules, visual flight rules, or automated flight rules, vigilance shall be maintained by each person operating an aircraft so as to detect and avoid other aircraft. When a rule of this section gives another aircraft the right-of-way, the pilot shall give way to that aircraft and may not pass over, under, or ahead of it unless able to maintain adequate separation.

Central to a risk- and performance-based approach to safety, ARC recommends qualification standards that are based on the Kinetic Energy (KE) of the UAS, rather than max-takeoff weight as is traditional in general aviation. Kinetic energy is proportional to mass and velocity squared (K.E. = 1/2MV2).  According to ARC, “the use of Kinetic energy encourages manufacturers to balance design features and operating limitations to reduce transferred energy, particularly at the boundaries.” This decision also reflects another advantage of UAS operations—versatility. It’s not uncommon for operators to ‘hot swap’ payloads during UAS operations (e.g., quickly changing from an attached camera to another sensing module during a quick landing).

Using kinetic energy as a metric allows for manufactures and operators to reduce the maximum potential kinetic energy of a UAS through design features or with the use of third-party technical means (e.g., parachutes or other fall-arrest devices), which would technically add to the max take-off weight, but actually significantly reduces the max kinetic energy of the UAS. 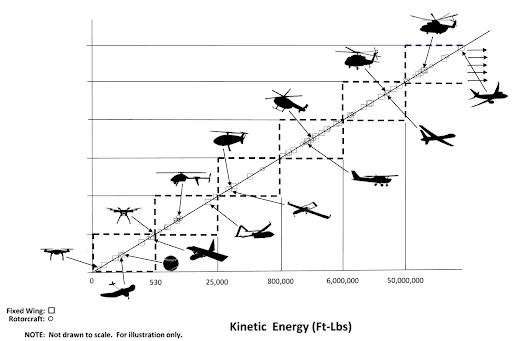 For reference, a small, traditional aircraft such as a Cessna 172 exceeds 800,000 ft-lbs. K.E. in almost every case. Significantly scaled down, a DJI Mavic Pro traveling at max speed has 88 ft-lbs K.E.; about half of a Shohei Ohtani homerun! With ARCs safety recommendations (and Ohtani’s slugging) you will be in more danger at an Angels’ game than you will be under drones overhead.

A final point worth mentioning in the ARC report is one of the issues highlighted as particularly important for legislatures and regulators to address: international harmonization.
ARC points out that as these recommendations and changes to UAS airworthiness, certification, licensing, and operational requirements become adopted and integrated into the national framework, there will be a need for the FAA to coordinate and harmonize with other countries’ civil aviation authorities. Beyond avoiding the potentially disastrous bureaucratic nightmare that would come with wildly different operational and airworthiness requirements across different countries, ARC notes that “international harmonization enables commerce, including by facilitating easier import and export of hardware, and enables regulators to draw on a shared pool of expertise and experience in safe, secure, and responsible UAS integration.”

Ultimately throughout the report, ARC recognizes that the UAS industry—and by extension regulatory framework—is constantly evolving and growing with new advancements in technology and new data constantly becoming available. The recommendations provided by ARC embody that and reflect a new and innovative approach to safety, security, and progress. ARC stresses that the regulatory framework that follows should be flexible and accommodating to allow the industry to continue to grow and, ultimately, prove beneficial to all.